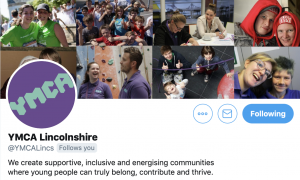 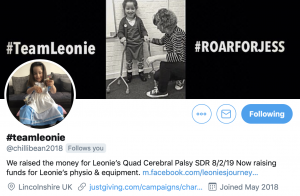 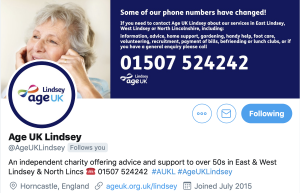 I often channel hop when listening to my car radio between clients and recently I happened upon a programme on the BBC World Service. The general gist of the programme revolved around the psychology of giving to charity.  Obviously all charities rely on us for donations and fund raising events but the programme got me thinking;  Have we become numb to the pleading of charities?  I know that many of you will give regularly to your chosen charity, some of you may volunteer while others might be supporting the charities by shopping in the charity shops or taking part in the many events that are held each year.

Who Or What Is To Blame?

Have we become numb to the fundraising calls of the local charities?  Are we becoming numb to their pleading without even realising it?  Perhaps you may recall the horrendous pictures on our TV screens of the ‘flies in their eyes’ images of starving children in African countries who were too weak to even blink.  This is going to sound dreadful I know but perhaps those images have lost their impact now.  Charity adverts have evolved and may now include images of children in school wishing they could get a better education to have a better chance of fending for themselves in future years.  The programme considered both images and the psychological impact of each.  Both images raise funds for the charities but neither image is more effective than the other.  Rather, some people are pre-disposed to giving to one image over the other with the net result being ‘both images work’.

These are just examples of course as there are a huge number of charities working in different ways to raise funds in order to help people and animals.  How would it work though if there was just one charity in the world?  Would that charity cease to exist as a result of its own success?  Perhaps, but that’s just hypothetical of course because the reality is that there are thousands upon thousands of charities around the world.  In fact, these charities make so much ‘noise’ that perhaps we are losing touch with what they are trying to do.  By ‘noise’ I mean TV advertising, radio advertising, newspaper advertising and of course the huge bombardment that we get on social media.  That’s a “huge bombardment” of ‘everything’ and not just from the charities.  Are we in danger of suffering from information overload and therefore switching off from the issues that really matter to us?

We have lots of different charities in our region but we should all be thankful that they exist.  We have the Lincoln YMCA @YMCALincs who look out for and care for many vulnerable people.  They truly deserve our attention as they help to get people off the streets, into accommodation and give them a new start in life.  If you haven’t heard of Leonie’s battle yet you need to give her a follow on twitter @chillibean2018 and follow her journey as she undergoes surgery and intensive physiotherapy to help her walk after having ben born Quad Cerebral Palsy.  Such a brave little girl and a dedicated Mum who is constantly fund raising in order to pay for her life changing surgery.  At the other end of the age scale you’ll find @AgeUKLindsey who are an independent charity offering advice and support for the over 50s.  I wonder if we all realise how lucky we are to have such a huge number of heroes in our County who spend valuable time looking after others?

Surely a blog of this sort in March 2020 can’t go out without mentioning Coronavirus (COVID-19).  This dreadful virus has touched everyone here.  A global pandemic which is having a huge local impact.  On a personal note I have cancelled group exercise classes and in my role at LincsConnect I’m seeing first hand how worried people are becoming.  This pandemic isn’t just affecting health (although that is a huge worry) but the disruption it is causing is having a massive negative impact on businesses both large and small.  I’ve seen a huge increase in businesses and charities posting to the #LincsConnect hashtag in order to get their messages around the County.  Some are offering support, some are informing us of changes while others are asking for help.  What can be done?

Those of you who know me on twitter as @MANDARINLEISURE will no doubt remember that I post a positive and (hopefully) uplifting post each morning along with an excerpt from a song.  I wake each morning (that’s always a good start)! with a tune in my head.  It happens every day and I have no control over which song it will be.  That’s my ‘ear worm’ so, being a friendly sort of chap, I have to share it.  Well why should I have to suffer alone?  It’s become a daily ritual now and I know that people from around the world are looking out for it and joining in with the fun.  Here’s an example for you.  Let’s see if you can guess the song:

Thinking of all the charitable work that’s going on around the county perhaps ‘now’ is the time to be thinking about how we can help each other.  @LincsConnect has nearly 11,000 ‘local’ followers.  If each one of them visited the hashtag #LincsConnect a couple of times a day to see who they could support we would all benefit hugely.  It’s all very well posting your message (on Facebook, Instagram or Twitter) using the hashtag #LincsConnect to tell people what you are doing, what you need or how you can help but it won’t do you any good at all if no one is bothering to look at the hashtag to see what or who they can support.  I’m sorry if that sounds abrupt but the truth is, we are in deep trouble and we need to pull together to get through this problem safely.

I’m No Expert But…

I’m not an economist.  I’m not a high flying business executive.  I’m not an ace charity worker.  I am just ‘me’ but I can see how we can start to help each other.  I’m not talking about getting bread and milk for those who are in isolation.  That has already been broadcast across social media (I’ll post my version of the form for you to print and utilise) and is certainly going to help many people.  What I’m talking about is using and looking at the #LincsConnect hashtag to see who is in need.  Trust me, when you help others you’re more likely to have that help reciprocated when you need it most.

Perhaps if those companies who only post their own messages and never look to see how they can help others changed their habits during this period of uncertainty we could start to achieve more.  There is an old saying:  “What goes around, comes around”. NOW is the time to be supportive of others, to be charitable, to look to see what can be done for others because together we can be absolutely AWESOME!

Take a look at this video to see how you can help on Twitter: How To Search #LincsConnect

For Those Of You Who Are Able

As promised, here is the form for you to print and utilise.  Please use it wisely. 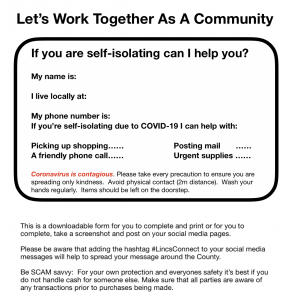 I’ve heard people asking “What will life be like after the virus”?  There will be no income and (according to some) no hope!  My answer to that is this:

Life after the virus will carry on.  There will be an income because we will carry on working.  I have hope and that hope is based on my belief in you.

Todays blog was a little different but I think it’s an important one.  What do you think?